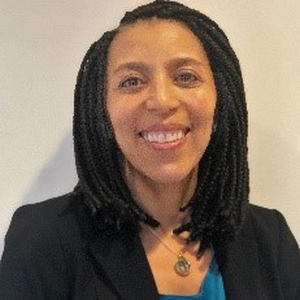 Senior Advisor to the Director of Bill and Melinda Gates Foundation

Natalie currently serves as Senior Advisor/Chief of Staff to the Director, Africa at the Bill and Melinda Gates Foundation, covering a wide span of management and programmatic responsibilities.

Her professional experience encompasses diverse sectors including health, access to finance, MSME development and gender, and she has occupied senior roles across the public, private and non-profit sectors. Prior to joining the Bill and Melinda Gates Foundation Natalie served as Senior Director for Global Health and Private Sector Engagement at the United Nations Foundation where she led private sector engagement for the UN’s Every Woman Every Child multi-stakeholder movement. She has innovated and led global and regional programs at the UNDP and at the IFC and worked in HSBC and Absa Bank. Her early career experience includes mobilizing for women’s economic development and rights and serving as a diplomat in the South African government during its early years of democratic transition. 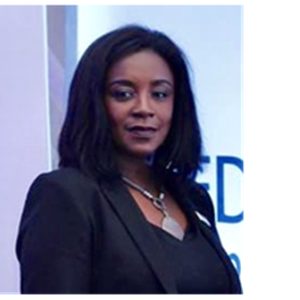 Ms. Lynda Arthur is the Africa Implementation Lead, Vaccines for Johnson & Johnson’s Global Public Health (GPH) Organization. She is based in Accra, Ghana. In her role, she supports the development and implementation of GPH’s vaccine strategies in sub-Saharan Africa, including providing strategic recommendations on public health policies, gathering insights and intelligence on vaccines.
Lynda holds a Bachelor of Pharmacy Degree from King’s College, University of London and a Master’s in Public Health from the London School of Hygiene and Tropical Medicine (LSHTM). She is currently an MBA candidate at Lancaster University.
Lynda started her career as a Pharmacist working in both Hospital and Retail Pharmacy in the United Kingdom before relocating to Ghana. Her work in the Public Health began in Ghana and spans an 18-year period across Sub‐Saharan Africa with Not-for-Profit Organizations, Government Agencies and Pharmaceutical Industries. A proven entrepreneur, she also established two Retail Pharmacy Businesses in Ghana, which she ran for ten years.
Prior to joining Johnson and Johnson, Lynda headed and led an Access to Medicines Research Program funded by the Bill & Melinda Gates Foundation and three Bio‐ Pharmaceutical Companies in Ghana.
Lynda has a wealth of experience in Advocacy, Partnership Building, Public Health Program Development, Project Management, Market Access, Training health care professionals & workers , Resource Mobilization and Research. She is a registered member of the Pharmaceutical Society of Ghana, a Reproductive Health Advocate.

Lynda is passionate about the development of Africa & mentoring young people to be change makers. 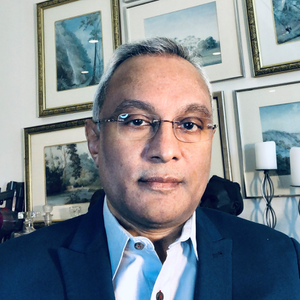 Dr. Farley R. Cleghorn, MD, MPH, is an internationally respected health diplomat and has more than 30 years of experience in international health development, research, and program implementation as an infectious disease thought leader, systems thinker, and epidemiologist. He is an expert in global health, infectious diseases, program design and implementation. At Palladium, Dr. Cleghorn leads an interdisciplinary team focused on the holistic response to global health priorities based on sustainable health systems, implementation science, health promotion and prevention. This includes reproductive health, maternal & child health, and infectious diseases, covering HIV & AIDS, malaria, tuberculosis, and emerging infections such as pandemic influenza and Ebola. Dr. Cleghorn is a leading international expert on HIV/AIDS and the development of research and programs in developing countries to reduce HIV transmission and the impact of AIDS. He has had a distinguished career at the US National Institutes of Health before serving as a senior scientist and faculty member at the Institute of Human Virology at the University of Maryland Medical Center. He is an expert on building in country capacity building and training. He is clinically trained in internal medicine and infectious diseases. 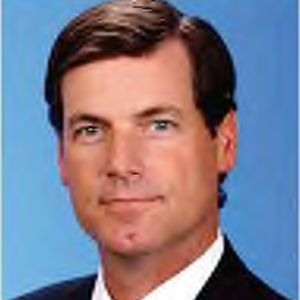 Prior to joining the Public Sector Franchise, John held a number of positions in Citi’s Treasury and Trade Solutions organization. In this previous role, he served as North American Head of Sales and Relationship Management for Commercial Cards and Payments supporting multinational corporations, financial institutions and public sector clients.

John has more than 20 years of experience in banking and has an extensive background in servicing the complex needs of the Public Sector. Prior to joining Citi, John held a variety of sales and market development positions with The Bank of New York, US Trust and Commerce Bank. John completed The Bank of New York’s corporate credit training program following earning his Bachelor’s degree from The University of South Carolina. 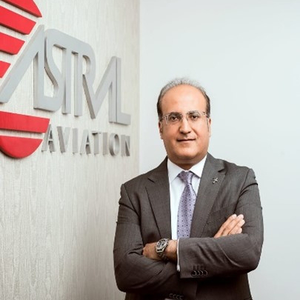 Sanjeev S Gadhia is the Founder and CEO of Astral Aviation Ltd which is a dedicated all- cargo airline based in Nairobi, Kenya and operates a fleet of fourteen cargo aircrafts into Europe and within Africa.

Operating one of the most successful airlines in Africa for 20 years, Sanjeev is responsible for the overall management, network planning and fleet acquisition for Astral Aviation, along with its Pan African expansion strategy, which entails two new cargo hubs in West and Southern Africa, including diversification into Logistics, Airport Infrastructure, Executive Jets and Unmanned Cargo Aircrafts.

Sanjeev is rated as a “New Generation Leader for Africa” by the prestigious African Leadership Network and is a recipient of the “East Africa Innovation Leadership Award” from the World Federation of Innovation Professionals.

In 2017, Astral Aerial (UAV/Drone subsidiary of Astral Aviation) won the prestigious ‘IATA Cargo Innovation Award for its UTM’ (UAV Traffic Management) innovation for Africa.
In 2018, Astral Aerial was rated as ‘Africa’s Top 10 Tech Startups’ and selected by Airbus to participate in Bizlab #Africa4Future accelerator programme.
In April 2019, Astral Aerial was recognized by World Bank as the Winner – Data Analytics of its Disruptive Agricultural Technology challenge

In 2020, Sanjeev was appointed Chairman of AFRAA’s (African Airlines Association) Cargo & Route Network Committee based on his extensive experience in the air-cargo sector in Africa.
In 2017, Sanjeev became the first Director from Africa to sit on TIACA (The International Air Cargo Association) and is currently Vice Chairman of TIACA.

A banker by profession, Sanjeev has a Master’s Degree in Business Administration from the Schiller International University in London, in addition to being a member of EO Kenya (Entrepreneurs Organization) and YPO (Young Professional’s Organization) Africa Great Lakes. 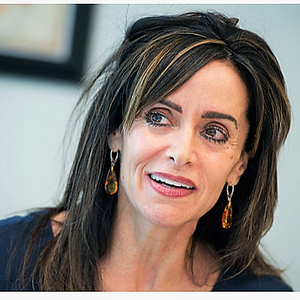 K. Riva Levinson is president and CEO of KRL International LLC, a D.C.-based consultancy that works in the world’s emerging markets. She is also the award-winning author of "Choosing the Hero: My Improbable Journey and the Rise of Africa's First Woman President" (Kiwai Media, June 2016), and a regular contributor to the HILL. You can follow her @rivalevinson 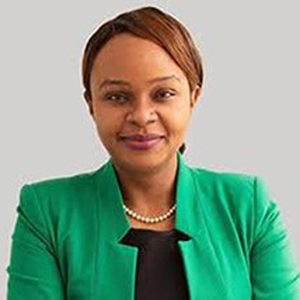 Chief Administrative Secretary, Ministry of Health at Republic of Kenya

Fanatically positive and militantly optimistic, Dr. Mercy Mwangangi works in the Ministry of Health, Kenya as the Chief Administrative Secretary. In this role, she supports the Cabinet Secretary in providing oversight and stewardship in the implementation of Health Sector policies and in building collaborative partnerships with a diverse range of sector stakeholders.
In her role as part of the stewards of the Kenya’s risk communication strategy in the fight against the Coronavirus pandemic, and an emerging face of solace and resilience, Dr Mwangangi has gained an appreciation for the role that the youth can play in public service as communication and behavior change champions. Using this lived experience, she is in the processes of setting up a platform for the participation of young people in health promotion.

Previously, Dr. Mwangangi contributed to the design, and implementation of the Universal Health Coverage Pilot program, that form part of the Presidential Big Four Agenda. Having previously worked as the head of the Health Financing Division in the Ministry of Health, her focus in the design of the UHC Program has centered on the health financing architecture of the program and its alignment to intergovernmental service delivery priorities.

With an indulgence for analytics and design thinking, Mercy has also contributed to the development of an array of policy frameworks in the health sector, including the Primary Health Care Strategy. She also served as the joint secretary of the Health Benefits Advisory Panel that was commissioned with the design of the Essential Health Benefit Package for Kenya. 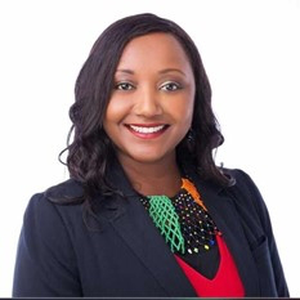 In her current role Esther is transforming and managing all international community relations, aligning UPS’s philanthropic footprint with local engagement and driving brand awareness and relevance in key international markets.

Most recently, has served as Managing Director for UPS in Southern and Eastern Africa based in Johannesburg, South Africa. She was responsible for managing the UPS business unit in South Africa and oversaw the management of the network of UPS Authorized Service Contractors in 21 countries in the region. Esther steered the company through the COVID-19 crisis, while transitioning part of the operation to an asset light model.

From 2016 to 2018, Esther served as Vice President of Public Affairs and Government Relations for UPS in the Indian Subcontinent, Middle East and Africa, based in Dubai, since January 2016. In this role, she was responsible for public/government and customs affairs for the region. Her core focus areas and interests included increasing cross border trade and identifying ways to assist SMEs to access global markets. 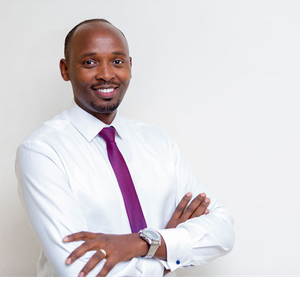 Dr. Sabin NSANZIMANA is the Director General of Rwanda Biomedical Centre. He has extensive experience in HIV program design, strategic planning, implementation, and operational research with a focus on global care and treatment of people living with HIV. 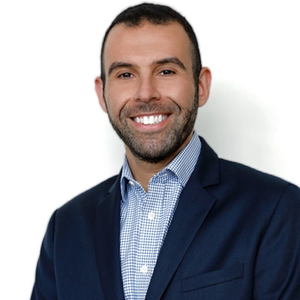 Jirair leads government and multilateral engagement for a portfolio that includes global health, Africa, Asia, Central America and Carribean. Prior to joining Gilead, he served as Legislative Director to Congresswoman Barbara Lee (D-CA), where he led the foreign policy and public health portfolio and advised on legislative issues that included Ryan White, the President's Emergency Plan For AIDS Relief (PEPFAR) and the Authorization for Use of Military Force (AUMF). Jirair has extensive knowledge of global health financing, development policy, and multilateral donors, including the Global Fund and UN. Through his various positions, Jirair has extensive experience in negotiations with foreign governments, fundraising, and developing strategic partnerships and coalitions with a wide range of stakeholders including government, private sector, and civil society. Later, he held positions at amfAR, APHA, Center for Democracies in the Americas, and Physicians for Human Rights. Based in Washington, D.C., Jirair has a master’s degree in public health from Boston University School of Public Health. He is currently a doctoral student at the Johns Hopkins Bloomberg School of Public Health, with a specialization in health diplomacy and global health governance. 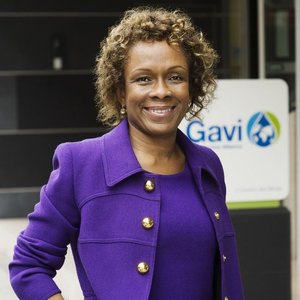 Marie-Ange Saraka-Yao is the Managing Director, Resource Mobilisation, Private Sector Partnerships and Innovative Finance. Since joining Gavi in 2011, her leadership has been instrumental in raising critical resources to provide equal access to vaccines for all. Under her stewardship, the Global Vaccine Summit in June 2020 raised more than US$ 8.8 billion from 31 donor governments and 8 foundations, corporations and organisations to immunise 300 million children and support the global fight against COVID-19.

Currently, Ms. Saraka-Yao provides leadership and direction to COVAX - the best solution to end the acute stage of the pandemic – and the only global initiative trying to achieve equitable access to COVID-19 vaccines.

In addition, she is the lead negotiator with G7 and G20 leaders in the expansion of Gavi investors’ base. In her capacity, she also drives the strategic resource mobilisation of the institution, aligning Gavi’s priorities with those of public and private investors but also towards leveraging diverse financial instruments (such as International Financing Facility for immunisation (IFFIm), Advanced Market Commitment (AMC), and the Matching fund (MF) to attract private sector investment and expertise. 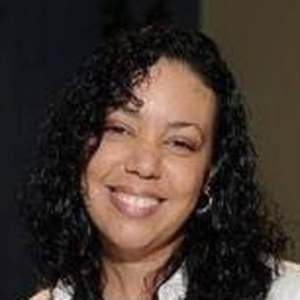 Nicole has a demonstrated history of developing innovative manufacturing and renewable energy solutions on a global scale. She is skilled in Operations Management, Quality Management, Team Building, Strategic Sourcing, and Project Management. In her 30 years, she has overseen the startup and operations of dozens of facilities and projects, working closely with Fortune 500 clients. She has overseen the development of the Solar ColdBox line of products and continues to lead in the advancement and improvement of these products and their implementation around the globe.