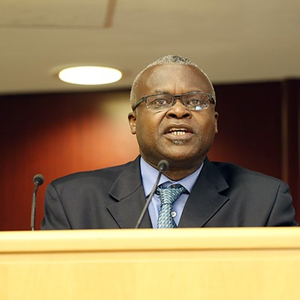 Director a.i. of Macroeconomics and Governance at United Nations Economic Commission for Africa

Bartholomew Armah is the Director a.i. of the Macroeconomics and Governance Division of the United Nations Economic Commission for Africa (ECA). He recently served as the Policy and Planning Coordinator of the UN Secretary General’s Transition Team for the reform of the development system (October 2018-January 2020). Mr. Armah holds a doctorate degree in Development Economics from the University of Notre Dame (USA). He served as a tenured Professor at the University of Wisconsin-Milwaukee prior to joining the UN Economic Commission for Africa 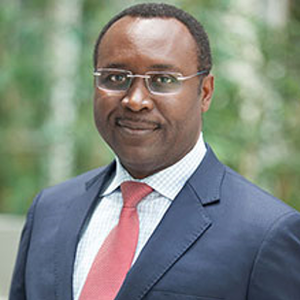 Dr. Albert G. Zeufack is the World Bank’s Chief Economist for Africa. Prior to his appointment in May 2016, he was Practice Manager in the Macroeconomics and Fiscal Management Global Practice and leader of the World Bank-wide Community of Practice for the Management of Natural Resources Rents. His main research interest is in the micro-foundations of macroeconomics.

Dr. Zeufack joined the World Bank in 1997 as a Young Professional and started his career as a research economist in the Macroeconomics Division of the Research Department. Since then, he has held several positions in Africa, East Asia and Pacific, Europe and Central Asia regions. Between 2008 and 2012, on leave from the World Bank, he was the Director of Research and Investment Strategy/Chief Economist for Khazanah Nasional Berhad, a Malaysian Sovereign Wealth Fund. 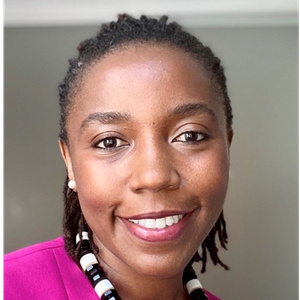 Ru Nyambuya is Senior Manager, Client Coverage at Standard Bank in the New York office where her role is to manage a portfolio of clients based in North America but also doing business in Africa. She currently leads the US team’s sector efforts for TMT and Industrials (which includes Healthcare). Her past experiences include coverage of Financial Institutions, Mining and Power & Infrastructure. Ru joined Standard Bank’s NY team in 2012 and truly enjoys being a part of the Africa economic growth and investment story. During her tenure in Standard Bank she also spent time in Standard Bank’s Johannesburg office as the Business Manager to the Global Sector Head for Power & Infrastructure and was instrumental in driving the bank’s strategy for the sector across the continent for key initiatives such as unlocking Off-Grid Power.

One of her main passions is promoting access to education to the underserved in Africa and she truly believes the quote from Nelson Mandela, “Education is the most powerful weapon which you can use to change the world”. She currently serves on the BoD of Education Matters Africa Foundation, a non-profit organization whose mission is to match underserved talent in Africa with opportunity and to develop a generation of dynamic young leaders who are consistently committed to using their education to address challenges in their communities, starting in Zimbabwe.