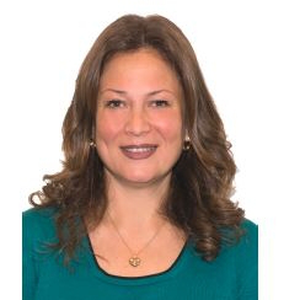 Marianne is responsible for making long-term strategic decisions for the Emerging Africa region, in alignment with the global strategy and objectives of Medtronic aiming to maximizing sustainable access of the eligible patients to Medtronic technology including the right Go to Markets models and the relevant partnerships with different governments and stakeholders.

Marianne brings to Medtronic more than 20 years of business experience across various industries - Automotive, Electro-Mechanical and Pharmaceuticals; and within various functions, such as Finance, Operations, Sales and Marketing.

For the last 10 years, Marianne has been a member of the Board of Directors with full P&L responsibility at Jansen Pharmaceuticals, company of Johnson & Johnson. In her most recent job as Managing Director for the Sub Sahara Africa Region at Janssen, she drove the region to double its revenue growth in 18 months.

Prior to that, Marianne was the Country Value Director for the North Africa (NAF) in Janssen Pharmaceuticals, responsible for setting the Marketing strategies for Janssen portfolio within the different therapeutic areas and introducing Janssen innovation to these markets.

Prior to working within the business units at Janssen, Marianne worked as the Finance & Operations Director for the NAF cluster and then Finance Controller for the Middle East, West Asia, and Africa (MEWA) region. Marianne holds a Bachelor of Commerce and Business Administration, majoring in International Economics and Foreign Trade from Helwan University Cairo. 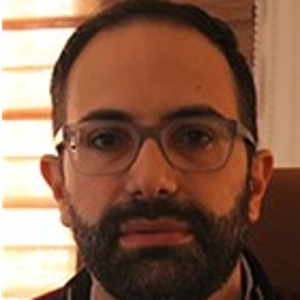 Dr. Mohamed El Sahili is CEO of a group of companies comprising Medland Health Services, the first hospital in Zambia to use cutting edge techniques; Celine Real Estate and F&A Real Estate. Dr. El Sahili served as Fairy Bottling’s CEO until its acquisition by Coca-Cola Beverages Africa. A Doctor as well as an entrepreneur, he also serves as a Board Member to different entities. Awarded as an Africa Food Industry Champion in 2018, he presides CAN for Humanity in Zambia. His commitment towards Women Empowerment, Waste Management and Wellness & Health constitutes the pillar of his Vision 8 5 3. 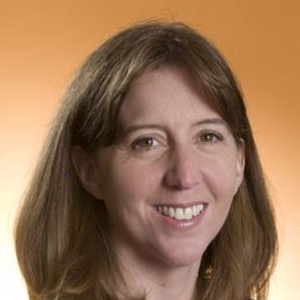 Prior to Equity Group Foundation, Lauren served as the Executive Vice President of Grameen Foundation. A global expert in international development and financial inclusion, she works to engage technology and private sector to address the critical challenges of our time. She has partnered with banks, microfinance institutions, mobile network operators, and others in the private sector to adapt products and services to meet the needs of the poor, and to ensure that participants benefitted from new, digital financial services.

She was previously Executive Director for the Access Africa initiative at CARE, where she led the development of financial inclusion programs and innovative solutions that have had significant impact on financially disadvantaged communities. 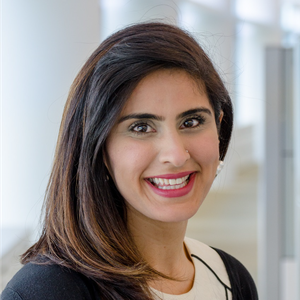 Prior to joining the agency, Nafisa served as the Deputy Senior Advisor to the Secretary of Health and Human Services on Value-Based Care where she led strategic department-wide priorities on maternal morbidity and mortality, sepsis and kidney care, social determinants of health and artificial intelligence/predictive analytics. Before taking her role at HHS, Nafisa worked at the Centers for Disease Control and Prevention (CDC) as a Team Lead for Policy and Partnerships in the Office of the Associate Director for Policy and Strategy. During her time at CDC, she focused her efforts on health systems transformation and was responsible for translating evidence into payment policy.

Nafisa earned a Bachelor of Arts degree in Psychology from Southern Methodist University and a Master of Public Health in Management and Policy degree from the Rollins School of Public Health, Emory University. 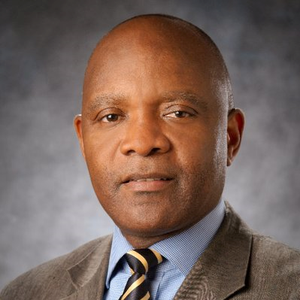 Dr. Nkengasong Director of the Africa Centers for Disease Control and Prevention. Prior to his current position, he served as the acting deputy principal director (acting) of the Center for Global Health, United States Centers for Disease Control and Prevention (U.S. CDC), and Chief of the International Laboratory Branch, Division of Global HIV and TB., U.S CDC. He received a Masters in Tropical Biomedical Science at the Institute of Tropical Medicine in Antwerp, Belgium and a Doctorate in Medical Sciences (Virology) from the University of Brussels, Belgium. He has received numerous awards for his work including Sheppard Award, the William Watson Medal of Excellence, the highest recognition awarded by CDC. He is also recipient of the Knight of Honour Medal by the Government of Cote d’Ivoire, was knighted in 2017 as the Officer of Loin by the President of Senegal, H.E. Macky Sall, and Knighted in November 2018 by the government of Cameroon for his significant contributions to public health. He is an adjunct professor at the Emory School of Public Health, Emory University, Atlanta, GA. He serves on several international advisory boards including the Coalition for Epidemic Preparedness Initiative – CEPI, the International AIDS Vaccine Initiative (IAVI) among others. He has authored over 250 peer-review articles in international journals and published several book chapters. 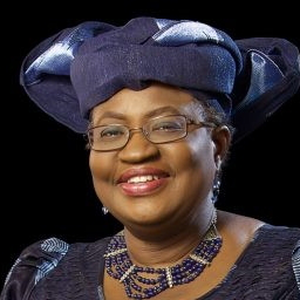 Board Chair at Gavi, the Vaccine Alliance

Dr Ngozi Okonjo-Iweala a global finance expert, is an economist and international development professional with over 30 years of experience working in Asia, Africa, Europe and Latin America. Currently, Dr Okonjo-Iweala is Chair of the Board of Gavi, the Global Alliance for Vaccines and Immunisation. Since its creation in 2000, Gavi has immunized 680 million children globally and saved ten million lives. She is also a Senior Adviser at Lazard and sits on the Boards of Standard Chartered PLC and Twitter Inc.

Previously, Dr. Okonjo-Iweala served twice as Nigeria’s Finance Minister, from 2003-2006, 2011-2015, and briefly Foreign Minister in 2006, the first woman to hold both positions. She spent a 25-year career at the World Bank as a development economist, rising to the No. 2 position of Managing Director, Operations. 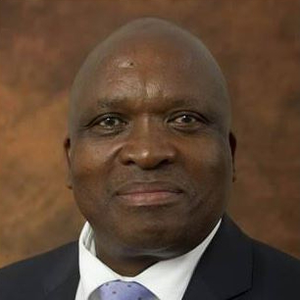 Deputy Minister of Health at Republic of South Africa

• Appointed as Deputy Minister of Health from 25 May 2014 to date
• Appointed as Deputy Minister of Arts and Culture from 1November 2010 to 24 May 2014
• Appointed as Deputy Minister of Rural Development and Land Reform on 11 May 2009 to 31 October 2010
• Sworn in as Member of Parliament for the ANC first week of May 2009.
• Head of the ANC Presidency responsible for coordinating the office of the President, Deputy President and National Chairperson during election campaign from November 2008 to 30 April 2009.
• Elected to the National Executive Committee of the ANC in December 2007-2017
• Former Director-General 2010 FIFA World Cup Government Coordinating Unit 2005-2008
• CEO of the S.A. Sports Commission which was the overall coordination and regulator of all Sports Federations from 2000-2005.The Sports Commission paved the way for the current S.A. Sports Confederation and Olympic Committee –SASCOC.
• Member of Provincial Executive Committee of ANC in Limpopo Province 1991-2001
• Before unbanning of ANC in 1990 served in leadership positions in various mass democratic movement structures including in the NEC of the United Democratic Front
• MEC Education, Sports and Culture in Limpopo Province 1997-2000.
• First MEC for Health and Social Development in Limpopo Province from 1994-1997
• Qualified as a Medical Practitioner MBCHB 1983 University of Natal and practised in various hospitals in KZN ,Gauteng, Mpumalanga and Limpopo till April 1994 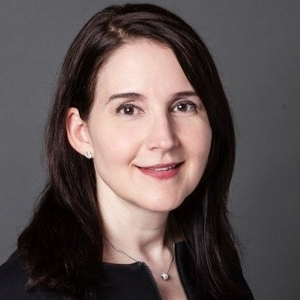 Caroline Roan is Vice President of Global Health and Patient Access at Pfizer Inc. and is President of The Pfizer Foundation.

Caroline oversees Pfizer’s Global Health and Patient Access (GH&PA) function, including the design of social investment strategies that drive access to quality healthcare, medicines and vaccines for the most vulnerable populations, stakeholder engagement, and public reporting on environmental, social and governance issues (ESG). During her tenure, Pfizer has refined its GH&PA strategy to better support the company’s evolving business priorities. The resulting GH&PA portfolio is a coordinated approach to strategic philanthropy and responsible investment which uses the full scope of the company’s resources to broaden access to medicines and strengthen health care delivery for underserved people around the world. She oversees a team based in New York, Switzerland.

Prior to joining Pfizer, Caroline worked on the Robert Wood Johnson Foundation’s Community Health Team, which focused on promoting individual and community health by increasing social support and connection. Caroline was also Associate Director of the Center for Interdisciplinary Research on AIDS (CIRA) at Yale University’s Department of Epidemiology and Public Health.

In 2012 Caroline was selected and served as a David Rockefeller Fellow through the Partnership for New York City. In 2015, Caroline was named as a CR Super Star by Corporate Responsibility Magazine.

Caroline received her Bachelor of Arts in sociology and anthropology from Earlham College, Richmond, Indiana, and her Masters of Public Policy from the School of International and Public Affairs, Columbia University. 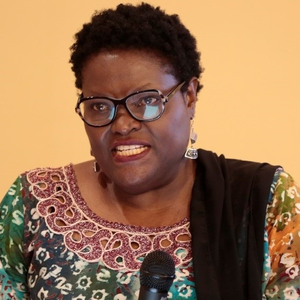 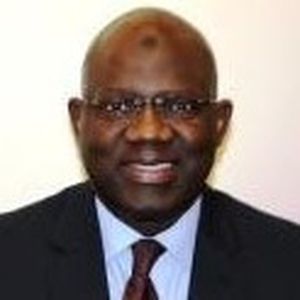 Professor Papa Salif Sow was appointed Head of the Department of Infectious Diseases University of Dakar in 2002-2012. He then joined the Bill and Melinda Gates Foundation Global Health HIV, global programs in Africa for treatment and prevention. His research collaboration network includes North-to-South as well as South-to-South initiatives, with the Agence Nationale de recherche sur le SIDA (ANRS, France), NIH and the University of Washington in Seattle. He has undertaken several consultancies for UNAIDS, WHO, GFATM, and PEPFAR. Papa Salif was the co-founder and President of the African Network for AIDS Physicians (ANEPA, 2005-2013) and the Coordinator of the Regional Centre for Research and Training in Fann University Teaching Hospital (Dakar, Senegal). He has been a member of the Governing Council of the International AIDS Society (IAS) for Africa (2008-2012). 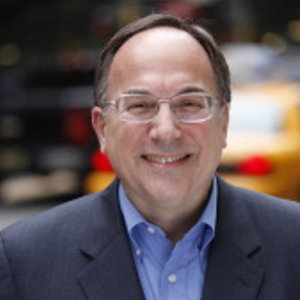 President and CEO of Rabin Martin

Dr. Jeffrey L. Sturchio is Chairman of the U. S. Corporate Council on Africa and CEO at Rabin Martin, a global health strategy consulting firm. He has also served as President and CEO of the Global Health Council. Before joining the Council in 2009, Dr. Sturchio was vice president of Corporate Responsibility at Merck & Co. Inc., and president of The Merck Company Foundation.
He is also Chairman of the BroadReach Institute for Training and Education and Friends of the Global Fight Against AIDS, TB and Malaria, and a member of the boards of ACHAP and the Science History Institute.
Dr. Sturchio is a visiting scholar at the Institute for Applied Economics, Global Health and the Study of Business Enterprise at The Johns Hopkins University; Senior Associate at the Center for Strategic and International Studies; a principal of the Modernizing Foreign Assistance Network; Fellow of the American Association for the Advancement of Science; a member of the Council on Foreign Relations and the Arthur W. Page Society; and an advisor to amfAR, the Global Health Group at the University of California San Francisco; Intrahealth International; and the Rutgers Global Health Institute. He received an AB in history from Princeton University and a PhD in the history and sociology of science from the University of Pennsylvania. His most recent book is The Road to Universal Health Coverage: Innovation, Equity, and the New Health Economy (edited with I. Kickbusch and L. Galambos, Johns Hopkins University Press, 2019).