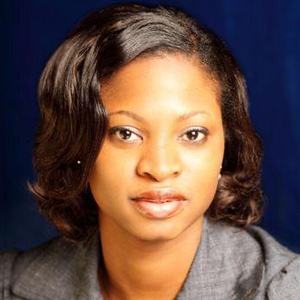 Bode is the Chief Operating Officer at Flutterwave and she is responsible for managing operations and performance across the organization. Prior to joining Flutterwave, Bode worked as an Associate Director in KPMG Professional services with a career spanning over 15 years. Her experience covers customer advisory, development of strategy plans and models for financial institutions and organizations as well as proposing various ways to scale, improve efficiency and profits. 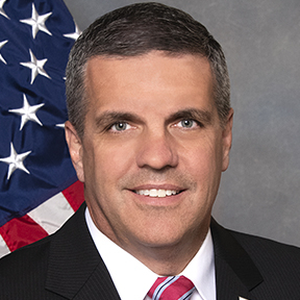 Mr. Hardy also serves as the Agency’s Director of Congressional and Public Relations, leading the agency's outreach to Capitol Hill, the business community and press to amplify the success USTDA achieves through its commercially oriented foreign assistance program. Earlier in his career at USTDA, Mr. Hardy served as the Chief of Staff and as a Country Manager in the East Asia and sub-Saharan Africa regions where he brought a trade policy background that led to a more active program in support of creating U.S. jobs through exports.

Prior to joining USTDA, Mr. Hardy served as an advisor to Commissioner Thelma J. Askey at the U.S. International Trade Commission and as a staff member of the Committee on Ways and Means in the U.S. House of Representatives. 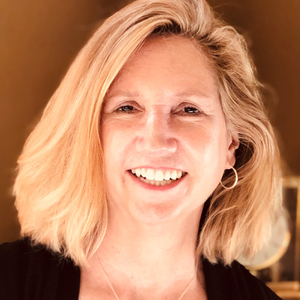 Founder and President of Computer Frontiers

Ms. Barbara Keating has 30 years of experience evolving innovative technology solutions throughout Africa. She has worked in over 60 countries globally, including 42 African countries. Ms. Keating has a proven executive management track record in large program management and sales growth in the telecom, petrochemical, tourism and government sectors. Ms. Keating has a successful performance history supporting government policy initiatives and delivering technology projects across internationally focused US government agencies including The Department of State, The U.S. Agency for International Development, (USAID) The Federal Communications Commission, (FCC) and The Center for Medicaid and Medicare (CMS).

Her knowledge is extensive on local African county politics and markets. Her ability to take ideas and make them reality is the hallmark of what she contributes to any effort. Ms. Keating has an MBA from “Thunderbird,” The American Graduate School of International Management in Arizona, and she has been recognized by the World Trade Center Institute, the “Top 100 MBE’s in Maryland,” “The 25 CEOS you should know in Maryland” by the Business Gazette, and has served in an advisory capacity on Africa to every sitting President since 2008. Ms. Keating has been a Board Member of the Corporate Council on Africa, the Montgomery County Chamber of Commerce and Chair of the Board of the Montgomery County Cable Compliance Commission. 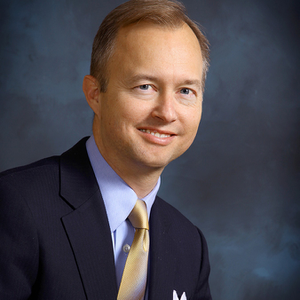 Christopher (Chris) LeGrand has spent more than 30 years in healthcare, public health, and the life sciences sectors in the USA and internationally. He currently serves as CEO of BroadReach Group, a health solutions company based in S. Africa. As a social enterprise, BroadReach harnesses technology and innovation to enable access to good health for vulnerable and underserved populations. Previously LeGrand served as President of DAI Global Health where he focused on digital health transformation for healthcare systems, and from 2008-2014, he served as CEO of Futures Group, a global health firm supporting developing countries.

In 2019, LeGrand published his first book, The Complete Business Leader: A Framework for Impact in Work and Life, where he articulated his leadership framework and its use in impactful businesses. He serves on several outside boards in the for-profit and non-profit sectors. LeGrand holds a MS in information management from The George Washington University and a BS in mathematical sciences from Clemson University. 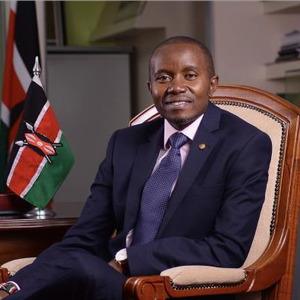 Cabinet Secretary, Ministry of ICT at Republic of Kenya

Joseph Mucheru E.G.H, is the current Kenyan Cabinet Secretary in the Ministry of ICT, Innovation and Youth Affairs (Formally Ministry of ICT). He is a former Google Sub-Sahara Africa Lead based in the Google Nairobi office. He was Google's first Sub-Saharan Africa employee and was key to setting up of Googles presence in Africa from 2007.

Before joining Google, he worked at Wananchi Online, a company he co-founded in 1999, where he held various roles at the company including Chief Technology Officer and Chief Executive Officer. He is also the current Chairman of African Telecommunications Union as a specialized agency of the AU. He is also a global board member of UNICEF Generation Unlimited.

He attended the Stanford Executive Programme from Stanford University Graduate School of Business in 2008. He holds a (B Sc. (Joint Hons)) in Economics & Computer Science from City University London.[7] He was awarded the Moran of the order of the burning spear (M.B.S) in December 2010 by the President of the Republic of Kenya, Mwai Kibaki, and later The Elder of the Order of the Golden Heart of Kenya (E.G.H.) in 2017 by President Uhuru Kenyatta. He is a member of Africa Leadership Network, The National Prayer Breakfast, and the East African Business Summit. 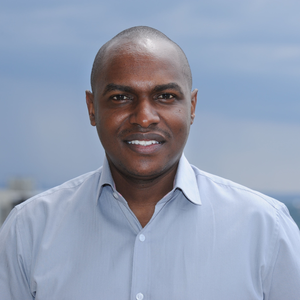 For nearly two decades, Charles Murito helped some of the world's leading tech, media and entertainment companies to dene their strategy, grow, and advance their footprint in emerging markets. This included roles at MTV Base, Warner Bros., and Turner Broadcasting- where he served as the Director of Business Development and Strategy. While at Turner, Charles spearheaded the development & launch of an Arabic Cartoon Network channel and conceptualized the Cartoon Network Academy in Abu Dhabi, to train a generation of Arabic animators.

Parallel to his core responsibilities as Country Director, he also served as the Diversity and Inclusion lead for EMEA emerging markets, working with the EMEA team to build a more equitable organization in which every employee can thrive. He also served as a Board Director for CSquared, a Google portfolio company.