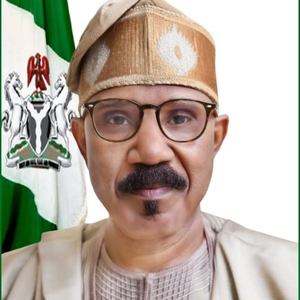 Minister of State at Federal Ministry of Health, Nigeria

Adeleke Olorunnimbe Mamora is a medical practitioner by profession and politician by vocation. He was a Students’ Union Leader at the University of Ife ( now Obafemi Awolowo University where he graduated in 1981.

He was elected Chairman, Conference of Speakers of Nigeria’s State Houses of Assembly in 2001 and had a very robust participation in the Commonwealth Parliamentary Association during his 4-year tenure as Speaker.

In 2003, Dr Mamora was elected into the Senate of the Federal Republic of Nigeria representing Lagos East Senatorial District. He was re-elected into the Senate for a second term in 2007. While in the Senate, he served in various capacities including Senate Deputy Minority Leader, Chairman Senate Committee on Ethics, Code of Conduct and Public Petitions and membership of the ECOWAS Parliament.

Sen Mamora was Deputy Director General(Operations) of the APC Presidential Campaign Council in 2015, a position he also held in the recently concluded 2019 Presidential Election Campaign.

He was appointed Managing Director/Chief Executive Officer of National Inland Waterways Authority in 2018.

He is currently the Honourable Minister of State for Health, Federal Republic of Nigeria.

Sen Mamora has won so many awards, decorations and recognitions both locally and internationally. He holds the honorary Chieftaincy titles of “Apase of Lagos” conferred by the late Oba of Lagos, Oba Adeyinka Oyekan II and the “Bobasuyi of Ondo Kingdom”, conferred by the present monarch, Oba Dr. Adesunmbo Kiladejo, Jilo II, the Osemawe of Ondo Kingdom. 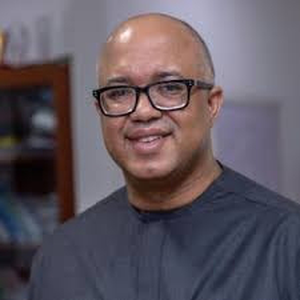 Dr Ihekweazu is a graduate of the College of Medicine, University of Nigeria and has a Masters in Public Health (MPH) from the Heinrich-Heine University, Dusseldorf, Germany. In 2003, he was awarded a Fellowship for the European Programme for Intervention Epidemiology Training (EPIET) and subsequently completed his Public Health specialisation in the UK. He is widely published in medical peer review journals.