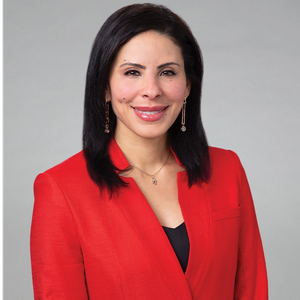 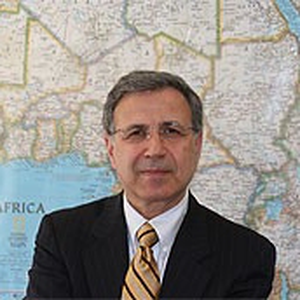 Joining the Export-Import Bank of the United States (EXIM) in March 2009, Rick Angiuoni is currently Director of Africa in the Office of Board Authorized Finance. Rick has been responsible for developing EXIM Bank’s activities with Africa and is engaged in the development of the U.S. Government’s Prosper Africa strategy. In the ten years Rick has worked at EXIM Bank, the portfolio has grown its annual credit authorizations from $500 million in 2009 to over $5 billion in fiscal year 2019. He has assisted in the origination and underwriting of both small and large transactions in over 44 countries across Africa. He previously served as Director of HSBC in New York, part of the team responsible for Export Finance.

Rick began his international banking career on Wall Street, working with JPMorgan/Chemical Bank followed with positions at Bankers Trust in New York and London. Rick holds Bachelor and MBA degrees from the University of Notre Dame. 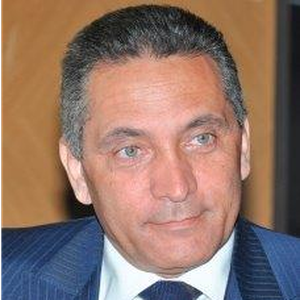 Minister of Industry, Trade, Green and Digital Economy at Kingdom of Morocco

Graduated from the University of Sherbrooke in information systems, Moulay Hafid Elalamy began his career in Canada as a Senior Advisor to the Ministry of Finance of Québec before joining Saint-Maurice, a Canadian insurance company, where he held the responsibility of Director of Information Systems. Back to Morocco in 1988, Moulay Hafid Elalamy joined the African Insurance Company, a subsidiary of the ONA Group, as CEO. In 1995, he created the SAHAM Group currently operates in four business segments: Insurance, Offshoring, Education and Real Estate. A personality recognized in the economic and social Moroccan world, Moulay Hafid Elalamy was President of the Moroccan General Confederation of Enterprises of Morocco from 2006 to 2009. 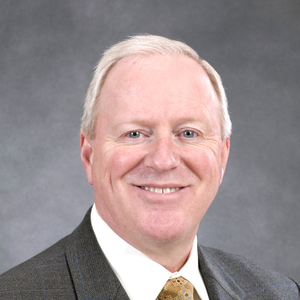 Doug serves currently as the Regional Director for Morocco. Leading the team responsible for the execution and engagement of the Boeing MOU signed with the Kingdom of Morocco in September 2016. In this position, Doug and the team utilize Morocco’s strategic value and capabilities as an incentive for the existing Boeing Supply base to potentially manufacture either current statement of work, sub tier supply or new tier 1 work. Then joining the Morocco Aerospace eco-system and taking advantage of Morocco’s standing as “Best Country Value “.Doug and his team work internally and externally to communicate key country capabilities within the Kingdom’s aerospace eco-system. Doug and the team also support multiple key strategic initiatives within the Kingdom, leading supplier qualifications that add in-country critical capabilities, additional Boeing enterprise objectives and partnering on Industry 4.0 development. 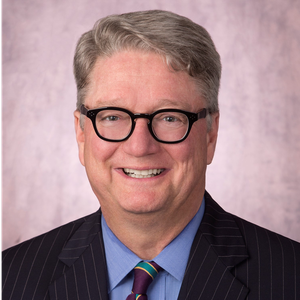 Former U.S. Ambassador to Zimbabwe Tom McDonald is a partner in the Vorys Washington, D.C. office and leads the firm’s administrative and regulatory law, and governmental policy practice. He provides strategic business and government relations counsel to clients. During his career, he has represented US, UK and South African companies in 18 Sub-Saharan African countries on various legal matters ranging from litigation and contract disputes to lobbying. He is also a Corporate Council on Africa board member. Tom received his J.D. from the University of Minnesota Law School and B.A. from George Washington University. 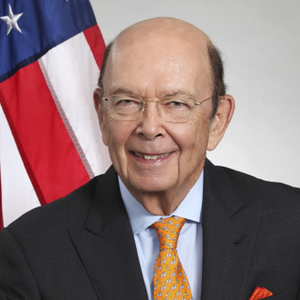 Wilbur L. Ross, Jr. was sworn in by Vice President Mike Pence as the 39th Secretary of Commerce on February 28, 2017. Secretary Ross is the principal voice of business in the Trump Administration, ensuring that U.S. entrepreneurs and businesses have the tools they need to create jobs and economic opportunity.

Named by Bloomberg Markets as one of the 50 most influential people in global finance, Secretary Ross is the only person elected to both the Private Equity Hall of Fame and the Turnaround Management Hall of Fame. He previously served as privatization adviser to New York City Mayor Rudy Giuliani and was appointed by President Bill Clinton to the board of the U.S.-Russia Investment Fund. President Kim Dae-jung awarded Secretary Ross a medal for helping South Korea during its financial crisis and, in November 2014, the Emperor of Japan awarded him the Order of the Rising Sun, Gold and Silver Star.

As a philanthropist, Secretary Ross has served as Chairman of the Japan Society, Trustee of the Brookings Institution and Chairman of its Economic Studies Council, International Counsel Member of the Musée des Arts Décoratifs in Paris, Trustee of the Blenheim Foundation, President of the American Friends of the Rene Magritte Museum in Brussels and Director of the Palm Beach Civic Association. He also was an Advisory Board Member of Yale University School of Management. 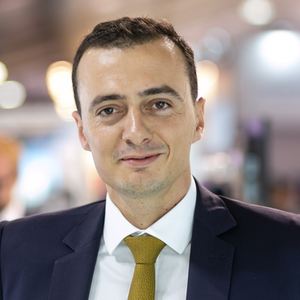 Ali Seddiki is General Director in charge of Industry. Prior to this, He was Director in charge of Aeronautics, Rail, Naval and Renewable Energies in the Ministry of Industry and Project Leader for the Boeing Ecosystem in Morocco. He was a member of the Minister’s Office. He was Advisor to the Minister for the Aerospace industry.
Mr. Seddiki was in charge of setting up the Industrial Acceleration Plan (IAP), a 5-year strategy for boosting the Moroccan industry launched in 2014. He was in charge of setting up the IAP for Aerospace, Naval, Rail and Renewable Energies.

Prior to that, Mr. Seddiki worked in a Strategy Consulting firm based in Paris, France and specialized in Aerospace Defense & Space, Energy and Mobility. His former assignments include Corporate Strategies and Corporate Reorganization for leading industrial firms.