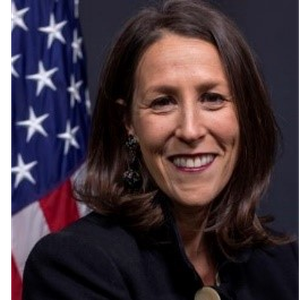 Ambassador of the United States to the African Union and the U.S. Permanent Representative to the United Nations Economic Commission for Africa at U.S. State Department

Jessica Lapenn, a career member of the Senior Foreign Service, class of Minister-Counselor, has served as the Chargé d’Affaires, U.S. Embassy Pretoria, South Africa since 2016. Previously, Ms. Lapenn was the Executive Assistant and Chief of Staff to the Under Secretary for Civilian Security, Human Rights and Democracy in the State Department, 2014 – 2016. In other overseas leadership positions Ms. Lapenn was the Deputy Chief of Mission of the U.S. Embassy Kigali, Rwanda from 2012 – 2014, and in Washington, she led the Office for Human Rights and Humanitarian Affairs in the Bureau of International Organizations from 2010 – 2012. She also served earlier in her career as the Political Advisor to the U.S. Permanent Representative to the United Nations from 2003 – 2006. Her strong record of leadership, coupled with her considerable experience in Africa, on human rights, and in multilateral diplomacy, make her an excellent candidate to serve as U.S. Ambassador to the African Union.

Ms. Lapenn gained valuable experience on Capitol Hill as a Pearson Fellow with the House Foreign Affairs Near East and South Asia Sub-Committee, 2009 – 2010. Prior to that her assignments included service as Chief of the Political Section of the U.S. Consulate General Jerusalem, Israel; as Special Advisor for Humanitarian and UN issues with the Coalition Provisional Authority, Baghdad, Iraq; and as a member of the U.S. Disaster Assistance Response Team for Iraq. She was the Regional Refugee Coordinator at the U.S. Embassy in Tbilisi, Georgia and, in Washington, she served as Special Assistant to the Under Secretary for Political Affairs. 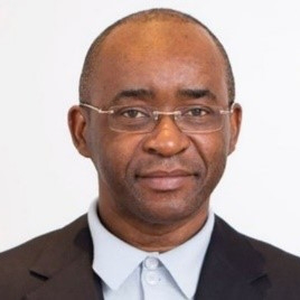 Strive Masiyiwa is the Founder and Executive Chairman of Econet, an international technology group, and one of the early pioneers of the mobile telecoms industry in Africa.

Masiyiwa serves on several international boards including Unilever Plc, National Geographic Society, Asia Society and the Global Advisory boards of the Council on Foreign Relations (in the US), Stanford University and the Bloomberg New Economy Forum. A former board member of the Rockefeller Foundation for 15 years, he is Chairman Emeritus of the Alliance for a Green Revolution in Africa (AGRA) and co-founder of the Generation Africa Agripreneur Prize.

He sits on the UN Global Commission for Adaptation focusing on climate change challenges, and was most recently appointed a Special Envoy to the African Union to help coordinate Africa private sector efforts to procure medical supplies to fight the spread of COVID-19. He led a similar initiative to fight Ebola in West Africa in 2014-2015. Masiyiwa is the only African member of the US Holocaust Memorial Museum’s Committee on Conscience and served on the jury of the Hilton Humanitarian Prize.